On 30 June 2022, two workshops titled ‘Developing a Peace Education Programme for Karazin Kharkiv National University in Ukraine’ and ‘Removing barriers to Higher Education for Gypsy, Roma and Travellers’, were organised and moderated by Dr Spyros Themelis (UEA) and Dr Selma Porobic (Palacky University Olomouc) at the University of East Anglia (UEA). The two workshops, implemented under the framework of the Culture: Identity and Diversity pilot domain were a great success and will produce concrete outcomes in the future.

One of the developing features of Aurora support to Karazin Kharkiv National University is peace education programme. Peace education is an emerging field focusing on peacebuilding efforts through education in situations of collective trauma such as war, mass displacement, and genocide. This pedagogy focuses on the creation of safe environments for teachers and students to foster dialogue and reflection by enabling sharing of their own traumatic (and often conflictual) narratives and supporting perspective-taking.

Under the guidance of Dr. Selma Porobić, this workshop brought together 14 experts from over 9 different institutions, and aimed to  explore a collaborative model focusing on the development of peace education programme for Karazin Kharkiv University. During the group discussion two set of questions were addressed. Group A focused on how to develop Peace education (PE) as integral part of general competences for academicians at Karazin, while Group B focused on researching PE in the ongoing war situation in the city of Kharkiv and in the Eastern Ukraine.

Among the most significant outcomes of this workshop, are the establishment of the International Expert team for peace education platform at Karazin University and initial planning of peace education programme including timeline for different components, research methods, staff training and COILs.

Thanks to the SPACE Network, represented in the workshop by Elke Kitzelmann (UIBK), an initial donation was made towards the realization of the Peace Education platform and further Aurora collaborations with Karazin University. In addition, collaborations with UIBK’s new MA Peace Studies program, under prof. Andreas Oberprantacher were initiated as well.  As part of International Summer School in Refugee Law and Rights, co-organized by Palacky University and Karazin University, on August 24th, students from UIBK’s Peace studies  program will engage with Karazin University’s MA students in the plenary session ‘ Prospects for Peace Building, Recovery & Reconstruction.’

‘Removing barriers to Higher Education for Gypsy, Roma and Travellers’

Gypsy, Roma and Travellers (GRT) are the largest ethnic minority and at the same time the most marginalised in Europe. It is little surprise, therefore, that they are also one of the most, if not the most, underrepresented group in higher education.

This workshop explored the types of barriers facing Gypsy, Roma and Traveller students in accessing Higher Education and experiences of inclusion and exclulsion. In total 15 participants attended the event, including academics, practitioners, reseach students, as well as inclusion leaders in schools and local councils. Participants were of Roma and non-Roma origin and they shared perspectives from a variety of European countries (including Germany, Greece, Iceland,  Sweeden, the Czech Republic, Romania and the UK) and institutional contexts, including, schools, universisties, musuems and local couincils.

One of the outcomes of this workshop, was the decision to create a network of Roma inclusion research in higher education. It was also agreed that this network will aim to map national and international policies of inclusion and examine national and international reports relevant to the topic. Finally, it was agreed that the network will explore the possiblity of setting up courses on Roma education across the Aurora network and more broadly, and work with outreach officers to explore innovative practices on access.

Dr. Spyros Themelis, who led the workshop, will explore options for hosting a face-to-face meeting at the start of the new academic year. If you have any suggestions or would like to get involved, please email Spyros at: s.themelis@uea.ac.uk.

We welcome contributions from across all Aurora universities. 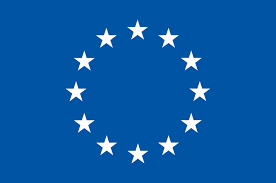